Depression from a homeopathic point of view

This article explores the topic of clinical depression from a homeopathic standpoint. Creative Homeopathy recognizes a psychological message within the homeopathic remedies that correspond with inherent trauma and imprints of the client. Accordingly, we like to present some reoccurring underlying issues related to this condition—especially nowadays, where depression is a widespread topic.

“Depression is like a woman in black. When she shows up, don’t shoo her away. Invite her in, offer her a seat, treat her like a guest, and listen to what she has to say.”

If one observes and grasps affected patients more closely, i.e., with intuition and feelings instead of only with the usual senses, these people often appear subliminally like a ticking bomb. The energy that builds up behind the often miserable and sad-looking patient can be clearly felt.

The patients themselves often feel weak. Behind this lack of strength, however, lies a repressed, unlived potential. The existing conflicts that affect these people have so far prevented them from using their life energy constructively.

Therapists experienced in dealing with “depression” are aware of how aggressively a patient can react during a successful, e.g., homeopathic therapy when the repressed potentials open up. This aggression is the essential valve to release the pent-up life energy.

Indeed, some inexperienced therapists are initially frightened, especially since it is obvious that the patient directs his aggression toward the facilitator. This process is completely expected since the therapist often represents one of the patient’s parents, with whom unresolved conflicts exist up to this day.

Thus, the patient’s aggressive behavior is to be considered a success. However, the actual problem of the essential illness is far from being solved.

First, we must decipher and uncover the essential depth-psychological background of depression. However, let’s examine the usual homeopathic history of a depression patient. The primary peculiarity regarding the repertorization is the extensive amount of remedies related to numerous symptoms—the so-called polychrests. At the top of this list, we usually find Lachesis, Natrium muriaticum, and Sepia Succus.

Other associated remedies are Arsenicum album “existential anxiety, preferring to die rather than change,” Calcium carbonicum, “refusing to live and wanting support,” and Aurum metallicum, “lack of self-esteem.”

Finding the origin of depression

Let’s look at the psychological meanings of these medicines. Thus, we can see a mirror of the patient’s condition and perhaps already conclude his “deeper” issues triggering the depression.

The psychological situation, “making oneself small and not living one’s own person,” is the basis of depression. But to get to the root of the issue, the homeopath must discover the triggering fundamental motive for the depression.

The reasons for the depression are often uncritically adopted family members’ beliefs and stressful experiences, which have caused the patient to no longer dare to live according to his terms and use his potential.

Often pleasure, enjoyment, and joy are forbidden or at least not common in a family group, so one’s potential is inhibited in order to belong to the community or society in general.

The polychrests now cause the pent-up and suppressed potential to break open, but only in the way that they come to the surface. The patient’s situation often becomes even more problematic than it already was. The triggering conflict becomes more palpable for the patient and requires even more control.

Since the fundamental conflicts are not resolved, the patient finds no relief. He experiences the negative evaluations he judges and evaluates himself with, preventing him from letting his life energy flow and enjoying his life.

The following are examples of three small homeopathic remedies that contain the cause or conflict behind depression.

Let’s start with Lepidium bonariense, the cress. In this remedy, we find the life situation of a person who is confined in a tiny space. “Believes to be in the grave, believes to be walled in” are typical elective symptoms of Lepidium. The following qualities describe the situation behind this remedy.

All these qualities and conditions are included as traumatizing life experiences in Lepidium. Many patients with depression are more than familiar with the situations above. These imprints are primarily rooted in past life experiences, which have been restaged to a limited degree in the current incarnation.

If a patient incarnates with the past-life experience and trauma of being “walled in,” he will undoubtedly have difficulty developing himself. This ultimate sentence was mainly used in the dark ages and can still be present on the soul level as a powerful imprint.

Any form of rejection, punishment, and lack of belonging can trigger this situation of being “walled in” again since those were the reasons for sentencing such cruelty back then. Additional relating trauma can be only neutralized when this presumably old (most possibly past-life) experience of “being walled in” and all related trauma is resolved. The patient can then constructively and freely use his life energy.

Life becomes worth living when the threat and expectation of isolation are banished.

Perceived shame as a trigger of depression

Another small remedy is Sarracenia purpurea. This remedy carries the theme of shame. Shame can be experienced in many ways and thus defined differently in various generations. Hence, an unmarried pregnant woman felt ashamed in the past, perhaps just as a raped woman did—possibly drowning herself and her child in the river out of despair. For this life situation of shame, Sarracenia is the remedy of choice.

If these dramatic experiences are in the unconscious as traumatic imprints, this person is predestined for depression. The individual will hardly develop passion and enjoy his life. He will always wait, even if unconsciously, for his old shame to come to light and is constantly prepared to prevent a similar situation from occurring—in fear that the trauma could repeat itself in the here and now. This condition builds up anticipatory anxiety with the pathologic ambition to control the situation.

Suppose we let the remedy Sarracenia be the depth-psychological reason for depression. In that case, the experienced homeopath will find the follow-up remedies for Sarracenia, some of which can be found in the polychrests. One of the subsequent remedies for Sarracenia is Sepia succus, as I already mentioned above. Calcium carbonicum, Platinum metallicum, and Pulsatilla pratensis also follow.

If the knowledgeable homeopath proceeds so that he first tries to uncover the deep psychological trauma and then, in addition, uses the polychrests discovered in the repertorization, the cure of a depressed patient will be much gentler for everyone involved.

Hippomanes – Sharing the suffering of the mother

A pervasive depth psychological theme for depression is found in the homeopathic remedy Hippomanes—the allantoic skin of the horse embryo. In Hippomanes, the life situation of a human being is described as an unborn soul that made an appointment in advance with the mother to share her suffering. Regarding the Hippomanes life situation, the negative experiences of the mother are already shared on an embryo level and accepted as one’s own.

“Shared suffering is half suffering.”

In this embryonic state, there is no own ability to criticize or discernment. Thus, the embryo perceives the mother’s feelings as a direct experience and, therefore, a foundation for judging its environment. It is well known that the embryonic period and early childhood leave essential imprints that determine a human’s later behavior.

If the embryo experiences sorrowful situations of the mother and these are taken over, then it is later for the depressed patient almost impossible to find out the causes of his depression since his own persona did not cause them or could experience the trauma directly.

The patient reacts in his life as if he had gone through the experiences of his mother himself; only he has no direct relation to them. Only the gift of Hippomanes brings the connection and breaks the tight chain between mother and child. If this connection remains unrecognized, the problem shows itself, for example, how the child, who has grown up in the meantime, wants to help his mother until his last breath. This individual is desperate when his mother dies, without the help and relief having arrived and accepted.

These processes run unconsciously but are the key to many seemingly inexplicable life situations.

The follow-up remedies of Hippomanes are again well-known polychrests mentioned above, such as Natrium Muriaticum and Aurum metalllicum. If Hippomanes is administered, Natrium or Aurum, possibly both in supplementation, can quickly resolve and cure the patient in a short time.

In the treatment of depression, it is imperative to find the cause of the, let us call it, life denial or self-restriction. Once the causal issue is resolved, the depression will melt into nothingness. Only then will the patient look at himself and his life entirely differently. Occasionally, the problem of the depressed patient becomes even more complicated because such the patient subconsciously likes to be joined by a “helper“—one who wants to stand by the depressed person and pity him.

This interconnection often means that the patient does not change as much as possible. Suppose that specific family structures exist in which inter-dependencies make healing difficult. In that case, treating the “helpers” makes sense so that the depression does not have to be maintained in understanding a group dynamic.

This treatment of depression is a very complicated and often multifaceted undertaking. It is not sufficient to treat only the depressive himself. Therefore, the homeopath must investigate the entire family structure more closely. Once these entangled connections are loosened, joy and freedom will reemerge.

The original article about depression was written by Antonie Peppler and translated by Christian Köhlert. 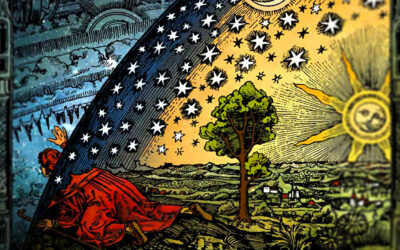 What means individuation in holistic therapy? 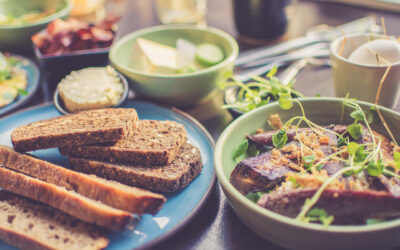 Food from a psychological perspective

What meaning does food have from a psychological perspective? This is an essential question in Creative Homeopathy because we... 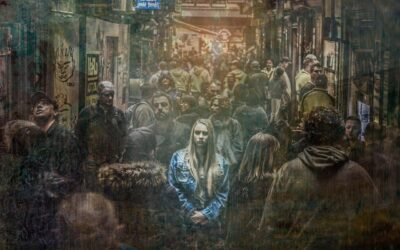 In this article, we like to present an alternative approach to treating anxiety disorder by using homeopathic remedies. Mental... 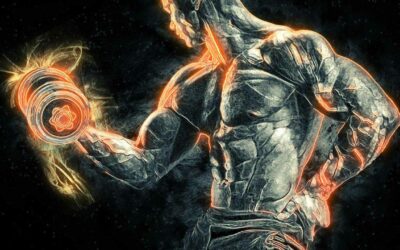 Strengthen The Immune System with Homeopathy

The following article on how we can strengthen the immune system was written by Antonie Peppler, who developed Creative... 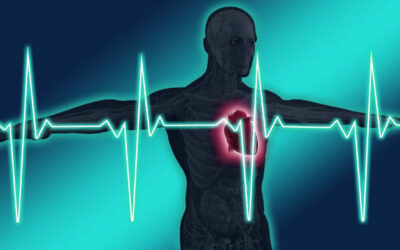 This article was written by Antonie Peppler, the developer of Creative Homeopathy, and gives an excellent overview of the deeper...

Suppressed sexuality is a common societal issue and can be linked to a repressed perception of reality, often based on...