This article looks at the phenomenon of the hyperactive child from a holistic perspective and tries to fathom the subject of ADHD from a homeopathic point of view.

If we look at our society, we see in our western world a life according to models, according to rules, clearly structured by ethical-moral-church norms, embedded in the regularities of law and order. Despite the highly praised permissiveness of our current cultural epoch, we see rigid and entrenched patterns of behavior everywhere, particularly evident in phrases such as “one does …, one does …”. Prohibition signs dominate streets.

“People’s individuality is put on the back burner in favor of conformism.”

Thus, it is not surprising that, especially in parental relationships with their children, cheerful, strong, bursting with health, bundles of joy, who do not allow themselves to be pressed into any rules without the use of force, are more strenuous to deal with than couch potatoes. These introverted beings adapt to the dominance of the environment without living their own individuality.

The concept of hyperactivity

Adults often reject rebellious children as tormentors without a closer look at the background and causes. In former times such children were called fidgets—today, a more neutral, new word is used: hyperactive!

The topic of the hyperactive child should be illuminated and questioned.

As a definition, this child could be described as “not conforming to the norm of society.”

This means that as a healthy reaction to pressure from outside, this child does not keep still in a carefree way but still dares to defend himself against his fellow human beings, which an average adult would not dare to do, even if he could.

As advocates of the world view of classical homeopathy, this tells us that a hyperactive child lives out things that a well-adjusted child cannot deal with. It internalizes the problem and can ultimately break down as a result. Furthermore, it shows that hyperactive children have a potential within themselves, which is neither consciously recognized nor directed into specific paths by parents, teachers, and caregivers. They are seen as uncomfortable and “difficult to control.”

People (such as Albert Einstein, who was also a hyperactive child), who are not allowed to live out their abilities or are severely restricted, can only be calmed down by challenging them so that they perform tasks independently and creatively. This approach is precisely what these people are capable of, regardless of age and gender.

However, our society today does not allow the creative abilities of children to be adequately appreciated and encouraged in the right way. The need to engage in physical activities falls by the wayside, even though the child’s needs for balance are exceptionally high and urgently needed.

The same principle applies to mental creativity because hyperactive children have a very high level of comprehension and do not need constant repetitions of the same facts. So they do not belong to the current norm and are usually highly gifted. They are only highly bored because their abilities are not even approximately demanded and suppressed by restrictions and prohibitions.

Hyperactivity from the homeopath’s perspective

Orthodox medicine gives the parents of a hyperactive child self-explanatory instructions on keeping the child quiet with tablets and admonitions. However, homeopathic thought forbids this approach, which restricts individuality and self-development.

“In naturopathy in general and in Creative Homeopathy specifically, body and mind form a unity. According to the homeopathic principle, the body should be allowed to express all the faculties of the mind.”

Constant measures, such as “be quiet now,” “you can’t do that,” “be good and sweet,” and many, many more, mercilessly push the bored and, therefore, constantly fidgeting and whining child into the corner of “you can’t do that.”

Example of the development of a hyperactive child

Let’s think through the process holistically. A child is bored and demands the attention of its already unnerved environment. Through its restlessness, and is also put in a tight spot by its caregiver. It stands now completely helplessly, does not know what to do with itself, and is in utter despair based on its inability to express itself correctly. The more often this demonized game is played with him, the more he loses the courage to say what he wants clearly. Therefore, the child increasingly blames himself and his behavior for the rejection. This repeating pattern is the devil’s cycle with which, in his opinion, he has caused the rejection.

Gradually, not a single spark of self-esteem remains, but only suppressed hatred, boundless anger, and depression. Such a child can no longer defend himself against anything or anyone, feels cut off from everything, and is an outcast from everyone. It sees itself vegetating far away from society.

These children have an irresistible desire to belong but, at the same time, feel and know that they are not wanted. Therefore, they quickly look for a highly unconventional environment or possibly join one of the modern sects to at least be allowed to feel a sense of belonging somewhere—it does not want to and can no longer deal with the rejection of itself.

The dilemma for life and relationship with parents

It seems fatal to those who consciously think about this topic in this direction: There is a child with extraordinary mental and physical potential, but what does society do with it? The upcoming is made more difficult and obstructed instead of promoting it properly or giving it ideas that it is allowed to develop. You have an exceptional person in front of you, but you react too irritated to his expression and behavior that you prefer to do without further contact.

Tips for parents with ADHD children

Sensible parents should first and foremost try to understand their child as well. As a second step, it is essential not to confuse the child unnecessarily by showing unpredictable reactions or by forbidding something now, allowing it later, and then forbidding it again shortly afterward, depending on the child’s mood.

No child can adjust to this in the long run because it needs a clear line of what it can do and when and an equally firm framework. This guideline is the only way to instill social behavior. The easiest way is still to model social behavior for the child consistently.

The basic rule of our social behavior is:

“Do unto others as you would have them do unto you.”

This simple principle is what a child must learn and accept at home through the example of the caregivers. Unfortunately, mothers rarely dare to create a free space for themselves and become grumpy and irritated. The children of these mothers often remain disoriented or are punished quite severely with the withdrawal of love for the slightest transgression of the norm.

We can only appeal to all parents to take their child seriously, regard it as an independent personality, and set moderate, clear limits. But be careful because “setting moderate limits” has nothing to do with exerting pressure! A child feels pressure when it is not taken seriously and resists. The only escape route for the child is its illusionary world. Only there it feels safe from unfavorable influences or punishment—only there can it not live out its intelligence.

Homeopathy can give us efficient assistance with this problem, especially in this day and age. A particular advantage is that the intake of highly potentized homeopathic medicines is neither addictive nor has undesirable side effects. This quality is an aspect that is often laughed at – but it is an obligation to burden our children with as few harmful substances as possible because our environment is so overflowing with them.

Homeopathic treatment aims not to sedate a hyperactive child but to strengthen his individuality and self-confidence.

A powerful homeopathic remedy is Acidum muriaticum. It has the effect of disentangling the chaos of feelings in which the child finds himself. Acidum muriaticum frees from the feeling of being torn between the need to live one’s abilities and individual inclinations and the constraint of the traditional pattern that forbids individuality and free development.

The homeopathic remedy ARNICA resolves the trauma of psychological injury in which the child finds himself because the environment rejects him because of his behavior.

Overactivity is sometimes a distraction because the child hides his real feelings through exaggerated behavior to avoid revealing them. This is where the homeopathic remedy Nux Vomica is indicated.

Spongia frees from the belief that one must deny one’s needs to be loved and recognized.

Veratrum album, the remedy of self-betrayal, is also essential. It causes the child to stand by himself, by his strengths and weaknesses, and no longer need to orient himself according to rigid standards set by the environment as tradition and take a dominant position in daily life.

The homeopathic remedies listed here are a few examples. Many others could be named here that have the potential to free an individual from feelings of inferiority and the need to force oneself into a role in which one does not fit, which inevitably leads to failure. Although the hyperactive child will not be less active after a comprehensive homeopathic treatment, he or she will be free from compulsions and fears. This liberation triggers serenity—and the serene one directs his activities in meaningful ways and transfers this equanimity to the environment.

The original article about ADHD was written by Antonie Peppler and translated by Christian Köhlert. 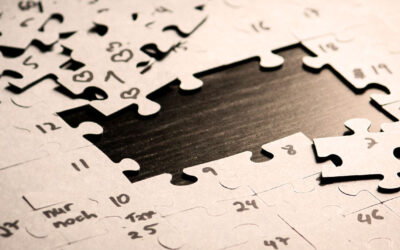 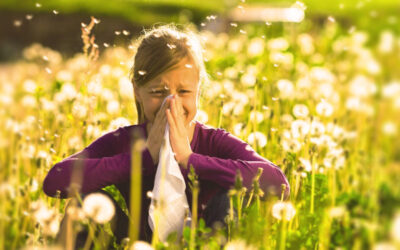